Did you know once upon a time Romans used to live in Istria? The spirit of the Roman rule can be felt with every step you take, while walking around our peninsula. 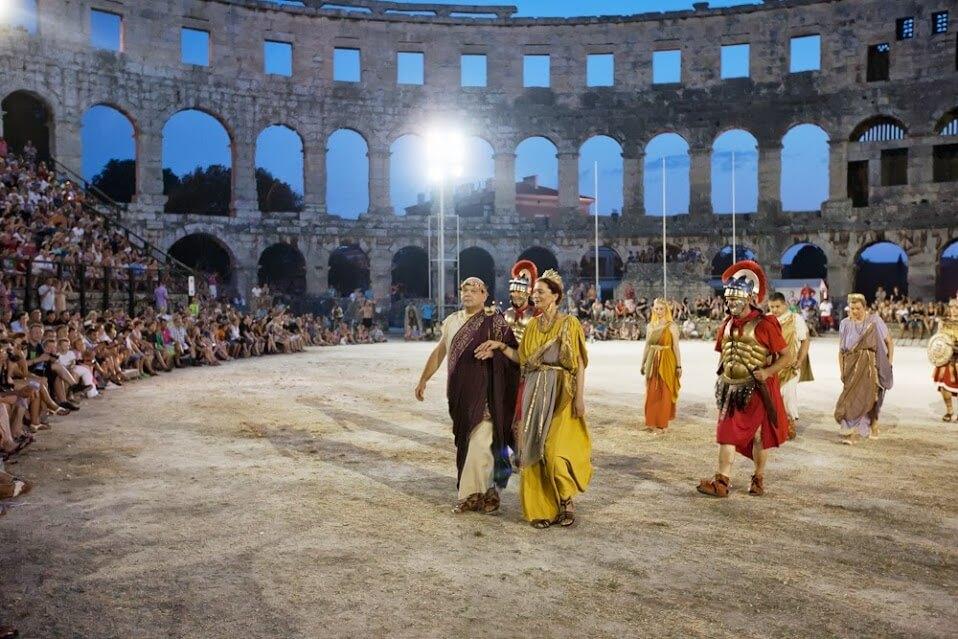 A town made for experiencing the Roman Empire in Istria
Did you know that Pula is one of the rare towns in the world to have so many Roman monuments on such a small area? The list is long, starting with the most famous one - the Amphitheatre - sixth biggest amongst these kinds of structures in the world. Also, the Arena is one of the monuments Pula and Istria are recognized for. Except from numerous concerts being held in the amphitheatre, we recommend you to attend the gladiator fights Spectacvla Antiqva.

Should you decide to take a stroll in Pula, you shouldn’t miss The Arch of Sergi (Golden Gate), the Twin Gate, the Roman mosaic, Augustus’ Temple… There are a lot of Roman monuments in Pula! 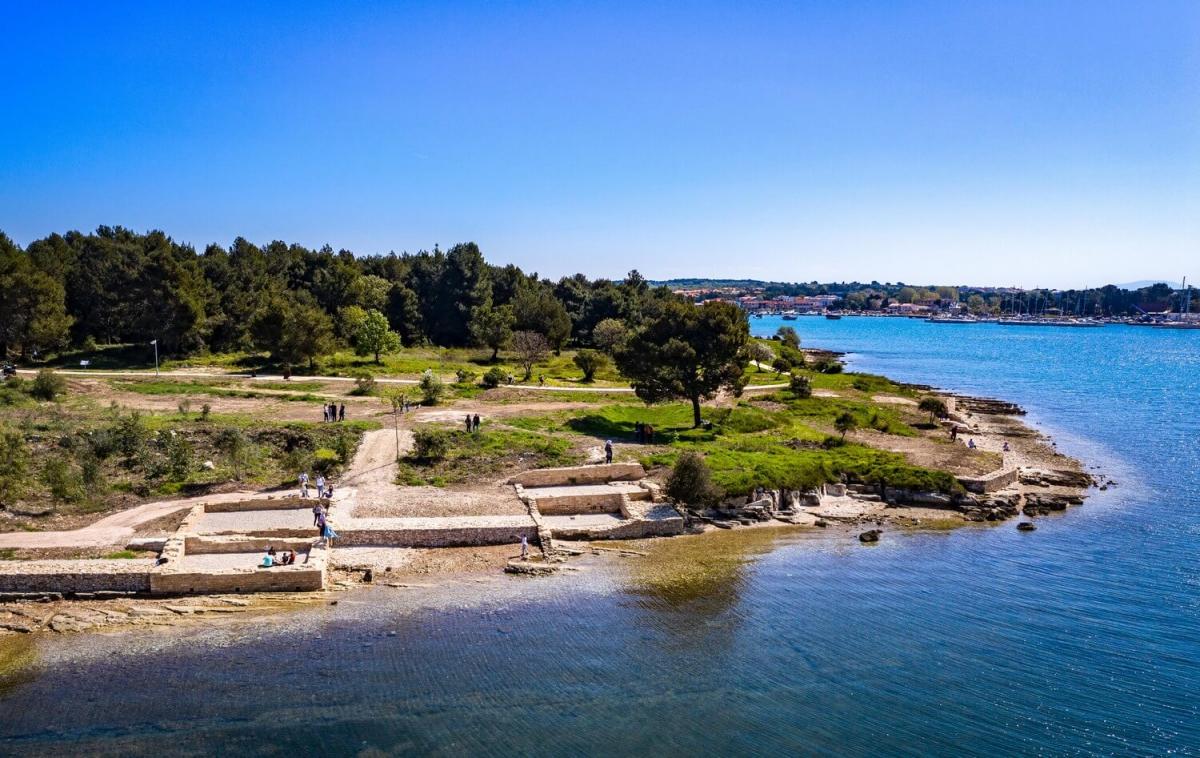 Get to know the place where a Roman villa used to be
Although, one can see only the foundations, it is clear that there was a luxurious Roman villa at the Vižula peninsula in Medulin, also known as Crispus’ Villa. It is believed the residents were a part of the imperial family. Crispus was the son of the emperor Constantine who is connected to many intriguing stories.

An archaeological park was opened earlier this year at the Vižula peninsula, which enriched this area by becoming a new venue for the entire family. Take WR/AR glasses at the entrance and enjoy the visualisations, discover the adrenaline park and smart benches, e- tree and the hot spot area. Walk around this small peninsula and discover the idyllic location where Romans used to enjoy.

Visit the Roman remains on the south of Istria
Roman remains are visible not far from Valtura in the south of Istria on a site - a sort of archaeological paradise called Nesactium. The classical building style is seen immediately upon arrival on the spot. The story of a historical battle between Histrians and Romans, where Romans won, is connected to this place. 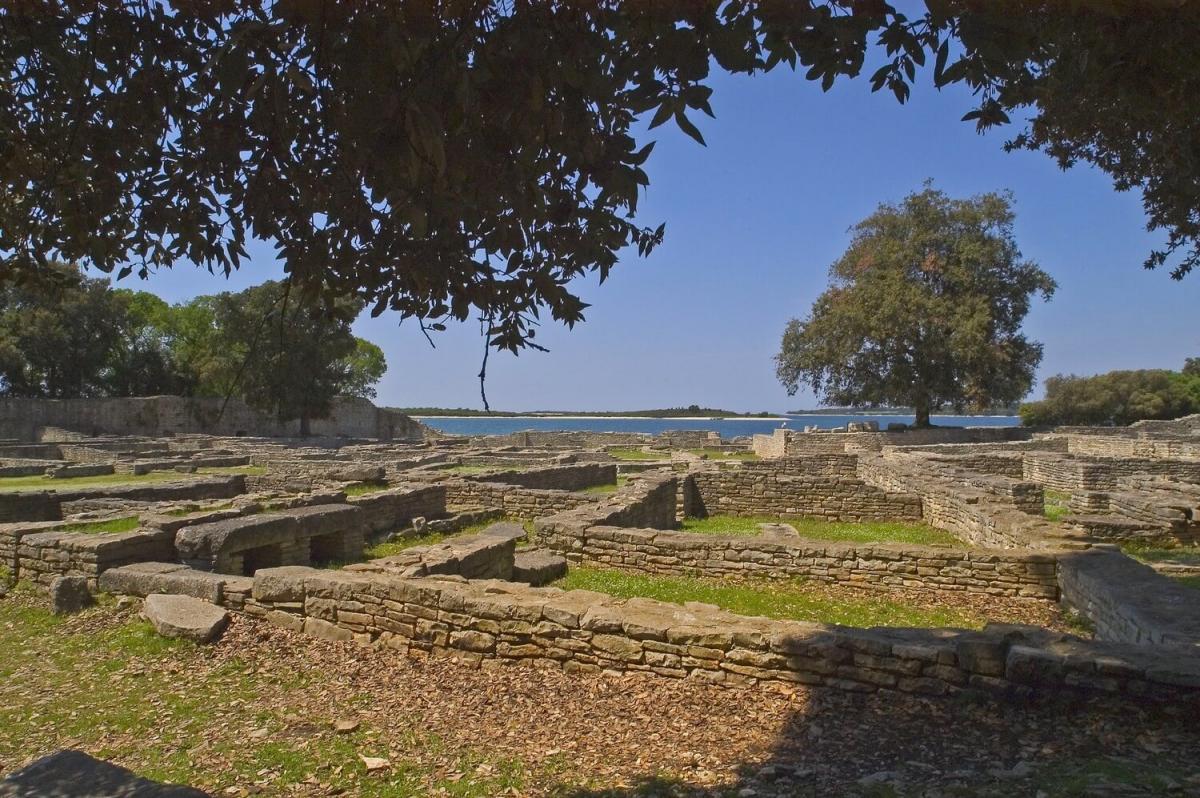 Islands in Istria approved by the Romans
The Brijuni islands, today a National Park, are full with Roman remains archaeological sites. The biggest Istrian ancient complex is found in the Verige bay on Veli Briju. It was once made of 2 villas and other belonging elements - among which 3 temples dedicated to Neptune, Mars and Venus stand out.

It is no wonder that this idyllic bay, whose architectural beauty is being admired to this day, was chosen by the wealthy Romans.


The Roman secrets Poreč hides
Have you ever taken a walk through Poreč? If you have, you might have noticed the town lies on a special urbanistic form called the Roman castrum - known for two streets of equal lengths Cardo and Decumanus.

Besides traditional Roman streets, on the Marafor square in Poreč seek out the remains of Neptune’s, Diana’s and the so called Great temples.
What else can one wish for?