The Morosini-Grimani Castle is a medieval edifice with expressed Renaissance features. It was named after the two families, its owners.

Svetvinčenat was erected on the border which changed through history with the exchange of conquerors. It was first mentioned in 983 in the document by Oton II as the property of the Bishop of Poreč. Its ownership was first taken over by the Castropola family, and then by the Morosini family in 1384. Pietro Morosini was last mentioned as the master of Svetvinčenat in 1529. The new owners, the Grimani family, were being mentioned in the written documents since 1560. The Grimanis renovated the castle after the fire. Both families, the Morosinis and the Grimanis are the most significant in the history of the castle as well as of the entire village. This is why the castle was named after them: Morosini-Grimani.

The castle is shaped as a square. There are two round towers on the corners of its northern walls, while a square tower is located on the southeast wall. The southeast part was used as the residential area. The entire palace was located within the defensive walls. The main entrance into the Marosini-Grimani castle is at the south facade, which used to be accessed by a drawbridge. Above the entrance are plates noting the year of the construction (1485) and the renovation (1589). The Morosini family completed the renovation of the castle in the 15th century, which marked the transformation of the location into a Renaissance settlement with the square and the cistern in the centre, surrounded by the castle, the parish church and the loggia as well as by other public buildings. As the oldest structure on the square, the castle was constructed in the 3:5 ratio. The newly designed square, the Renaissance church as well as the entire urban network of the town were also designed accordingly. Therefore, the Morosini-Grimani castle represents a form of the late medieval construction with expressed Renaissance characteristics. 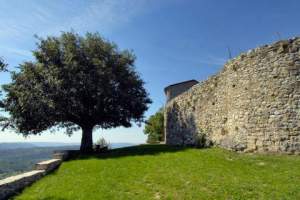 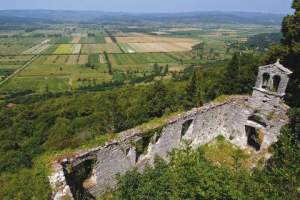 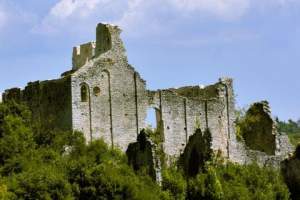 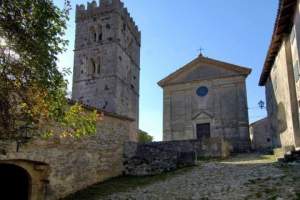 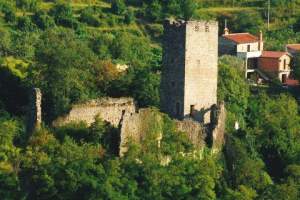