As in the past 10 years, Istria has remained the first choice for camping enthusiasts in this time of the Corona virus pandemic

The recently published ADAC results in relation to the route planning made by their members brought great news - once again Istria is at the top of the wish list for camping fans!

According to enquiries received during May and June, two of the more critical pandemic months, Istria took a firm position at the top of the list of the most popular destinations-regions to which camping enthusiasts want to travel.

For the first time in 2010, ADAC published that Istria was the preferred region for Germans taking camping holidays. Since then until last year, that is for a whole decade, Istria has remained the most popular region on the annual list of planned trips for ADAC members.

In an article entitled “Holiday by Car: The Most Popular Destinations Despite the Corona virus”, published by ADAC on July 6, 2020, the results of its members’ most desired travel routes in the pre-season period were revealed. The survey included 85,000 enquiries, received during the two pre-season months.

ADAC is the largest German and European car club with more than 18 million members, whose camping guide represents the most important source of information for camping fans. 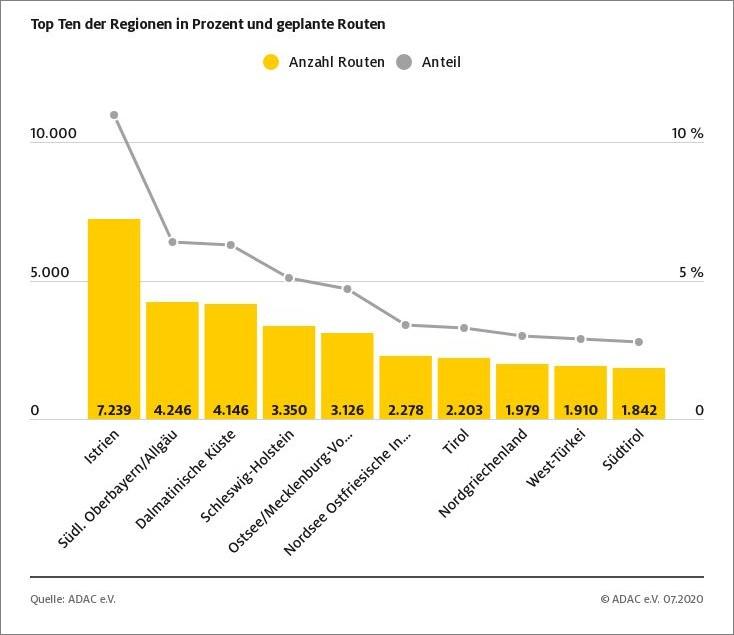