With the opening of the Grand Park Hotel Rovinj, Adris grupa completes the Monte Mulini complex, one of the most luxurious tourist areas in the Adriatic. The area, which is located in the immediate vicinity of the Old Town of Rovinj, includes hotels Monte Mulini (2009), a boutique hotel tailored to the highest standards of luxury leisure guests and Lone, the first Croatian design hotel opened in 2011. The recently renovated Hotel Eden completes the list. The Monte Mulini beach and promenade, renovated in 2014, are also close at hand. Adris invested a total of 1.5 billion kuna in the construction of the area, transforming Rovinj into a luxury tourist destination.

The largest part of the investment went towards the Grand Park Hotel Rovinj, with construction starting in 2017. It is the largest individual investment by Adris grupa in its tourism business subdivision, worth nearly 700 million kuna. It is also worth noting that the hotel project was declared a strategic project by the Government of the Republic of Croatia.

The 5-star Grand Park Hotel Rovinj is part of the Maistra Collection brand, which brings together the highest category hotels. Leading local and international architects and designers were hired for the project. This is another collaboration between Adris and the Croatian architecture studio 3LHD, which was also behind the architecture of the hotels Lone and Adriatic and the Mulini Beach. The unique location and the specific configuration of the terrain inspired the cascading type of construction and the creation of green rooftops over an area of ten thousand square metres, making the hotel visually very attractive and almost blended in with the surrounding greenery. The hotel has 193 rooms and 16 suites distributed across six floors, with a total capacity of 500 guests.In addition to views of the sea and the old town, all rooms will feature spacious terraces with green gardens, and 53 of them will also come with smaller hydro-massage pools, i.e. plunge pools. The rooms have an area of 40, and the suites of up to 175 square metres. Interestingly, the shared areas, including the swimming pools, lobby and reception area, as well as the restaurants and conference halls are all on the highest floor, while rooms occupy the lower levels. In addition to the architects and designers, all contractors were also from Croatia.

The hotel’s interior design is mostly derived from Lissoni’s own impression of the hotel’s surroundings. The choice of artwork for rooms and communal spaces is another key aspect of the design. Each of the featured artists spent time in Rovinj, incorporating his/her experience of the town and the destination into the artwork that will embellish the hotel. Guests are also encouraged to experience the hotel and Rovinj in their own way and to keep their impressions as a lasting keepsake. Upon arrival, guests are given a sort of travel diary, a Rovinj storybook and a collection of memories in one, as well as an instant camera. By saving photos and other items in the diary, the leather-bound notebook becomes their own work of art and an original reminder of their stay in Rovinj. The Bruketa&Žinić&Grey agency designed the hotel’s visual identity.

The hotel’s six on-site restaurants will satisfy even the most discerning guests. Apart from Cap Aureo, the most luxurious signature restaurant, featuring spectacular views of the old town and the marina, the guests of Viva Eufemia Lobby Bar can, among other things, savour cigars and take pleasure in the largest champagne selection in Croatia. Cissa Pool Bar is a laid-back summer hang-out. Located by the pool next to the gym, it serves healthy snacks and typical summer dishes, cocktails, juices, and smoothies. In Laurel & Berry, the hotel’s main restaurant, in addition to the finest food and service, guests will be able to choose from a selection of only the best local wines. Primi Terreni Restaurant & Delicatessen is a multifunctional area with an open grill, wine cellar and a wide selection of local and international delicacies (cold cuts, cheeses, drinks and the like), plus a pop-up space designed for continuously alternating installations, exhibitions and shopping concepts. Lastly, Katarina's Patisserie was envisioned as the best cake and pastry shop in town, with an Italian-style “day bar”. It serves cakes, coffee and ice cream, aperitifs and cocktails, as well as light snacks such as sandwiches, salads, and quiches.

The hotel’s ground floor is designed as a continuation of Rovinj’s urban fabric, connecting the town centre with Lone Bay and the nearby park-forest Zlatni Rt. The Lungo Mare Plaza promenade allows both the residents and visitors of Rovinj to go for pleasant walks, enjoying the bars and restaurants. There are also numerous stores, including the exclusive Park Concept Store.

Adris has so far invested 5.5 billion kuna in its tourism business
The new hotel has created nearly three hundred new jobs. Given the highly personalised service at the highest level, all employees spent months of intensive education and training in collaboration with, among others, the Ecole hôtelière de Lausanne, one of the best hotel management schools in the world.

Although the Grand Park Hotel Rovinj will open its doors to its first guests sometime during the following days, the opening ceremony of the luxury Monte Mulini area and new hotel will be held in late May when the Adris 44 Cup will be held under the patronage of Adris grupa. From 29 May to 2 June 2019, numerous guests will be able to enjoy one of the world's most popular sailing competitions and other complementary activities.

As well as investing in high-quality accommodation units, the development of luxury tourism also necessitates the organisation of prestige events, another area in which Adris is the leader in Croatian tourism.

Adris has so far invested 5.5 billion kuna in its tourism business. The investment cycle continues, with an additional 2.3 billion kuna set aside for investment during the next investment period. Apart from investments in Istria, Zagreb and Dubrovnik, Adris is also planning investments in other leading destinations in Croatia, for example in Split. 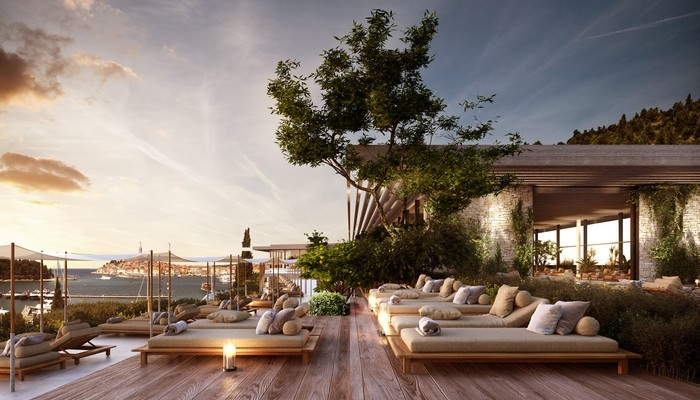