Home / Experience / Guide Through the Fjord: Get to Know the Lim Channel
Share with

Discover the secrets of the Vikings and a hermit saint in the largest Istrian bay, a famous destination for the lovers of sea delicacies.

Before he was canonized, St. Romuald of Ravenna led a life of revelry. After the quarrel that ended tragically, he decided to take holy orders. However, he did not find peace in the monastery. He resented his Benedictine brothers their life of debauchery. Romuald's criticism aroused such enmity among his brothers that they decided to get rid of him. After this disastrous episode, Romuald decided to live as a hermit.

At the beginning of the 10th century, he finally found his peace in a cave located at the very bottom of the Lim Channel. When he would leave the darkness of the cave, he could enjoy a stunning view of the incredibly long bay whose blue sky lurks deep into the lush greenery of the Istrian landscape.

The longest Istrian bay
The Lim Channel is part of the 35-kilometer-long Lim valley, which almost reaches Pazin, located in the centre of Istria. The channel itself is 12 kilometres long and steep hills elevate at both of its sides, some up to 200 meters high.

Although many call it a fjord, the Lim Channel is actually a submerged karst canyon. Once upon a time, the imposing sea bay was a valley through which the Pazinčica River flowed, running to the sea. Turbulent geological history has run its course - the sea penetrated the valley and completely changed the landscape.

Did you know that the Vikings visited the Lim Channel?

Do you know why many inhabitants of Istria still mistakenly call this bay a fjord? The answer is simple - The Vikings, a hit film from the fifties, in which the main characters were played by the legendary Kirk Douglas and Tony Curtis, was filmed here.

The plot is based on the sagas about the legendary Scandinavian hero Ragnar Lodbrok and his sons. The same sagas inspired the popular History Channel series Vikings that is enjoyed by today's audiences.

Enjoy the oysters and fresh fish

The Vikings from the movie certainly enjoyed the gorgeous view of the Lim Channel, and we believe they could not resist the delicacies hidden in the gulf underwater. Due to many submarine springs, the sea here is of reduced salinity and is extremely rich in plankton.

The Lim Channel is therefore known as a fish and shellfish farm. After enjoying the nature, we recommend you treat yourself with fresh seafood in one of the Lim's restaurants.

If you want to discover the greatest secrets of this fabulous place, you will need to step into the darkness of the cave to which St. Romuald from the beginning of our story retired. The half-a-meter-high entrance to the cave is 120 meters above sea level and its corridors are 105 meters long. At the entrance, you have to mind your head, but in the main hall of the cave, which is six meters high, you can stretch out comfortably enjoying cave decorations. In the cave, there is also a protected colony of Myotis myotis bats, one of the last colonies of this species in Europe.

The memory of St. Romuald, the most famous inhabitant of this mystical cave, is celebrated on 19 June, the day of his death, and Romuald's ground beetle, an endemic insect subspecies that lives only in the caves of Istria and Kvarner, was named after him. 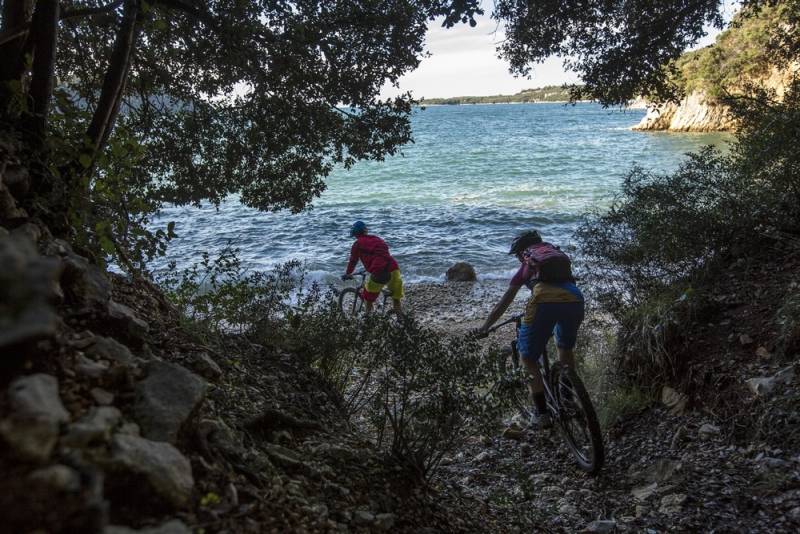 Are you a lover of nature, a passionate gourmand or an admirer of mysterious historical stories? If the answer is yes, then the Lim Channel will be the right place for your enjoyment in Istria.

Romuald's cave is closed for visitors due to safety measures until further notice. When circumstances permit so, the cave will be reopened for the visitors.

Organized tour of Romuald’s cave - price HRK 30 for adults, HRK 15 for children under the age of 15. The equipment and expert guidance are included in the price. Individual tours are not permitted.

Working hours from the end of June to the middle of September are 10 a.m. – 5 p.m. Outside of the indicated hours, the tour is possible only with special notice.