Deep in the waters southwest of Pula lies the wreck of the Hans Schmidt, a German cargo steamship. What little we know of the ship is that she was built in 1920 and sank in 1943 after either hitting an underwater mine or being hit by a bomb dropped from a plane. 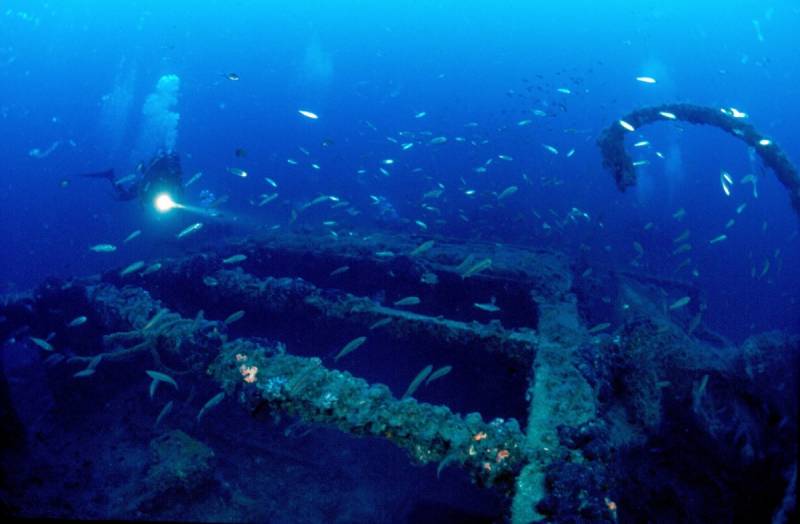 The ship was originally named the Albireo but when Heinrich Schmidt from Flensburg bought her he renamed her. The wreck was discovered only recently and it was the Italian underwater explorer Mario Arena who confirmed that it is the S/S cargo ship Hans Schmidt.
The ship lies vertically on the seabed and is of historical importance because of her special anchor that has not been manufactured for more than 100 years.

The steel hull of the steam ship is mostly intact with the exception of the stern which was torn away from the rest of the ship by the explosion.
The devastating explosion took place by the fore cargo storage rooms after which the 112 m cargo ship probably sank within a few minutes.

On the stern we can see the anchor capstan and the mooring bollards. The foremast has broken off and lies alongside the ship’s hull, while the aft mast lies on the ship’s deck.
Not much of the overhead structure is preserved. Perhaps the wreck had been considered a danger for navigation and therefore the ship’s highest parts (mast, funnel and commanding bridge) were intentionally lowered with subsequent explosions. 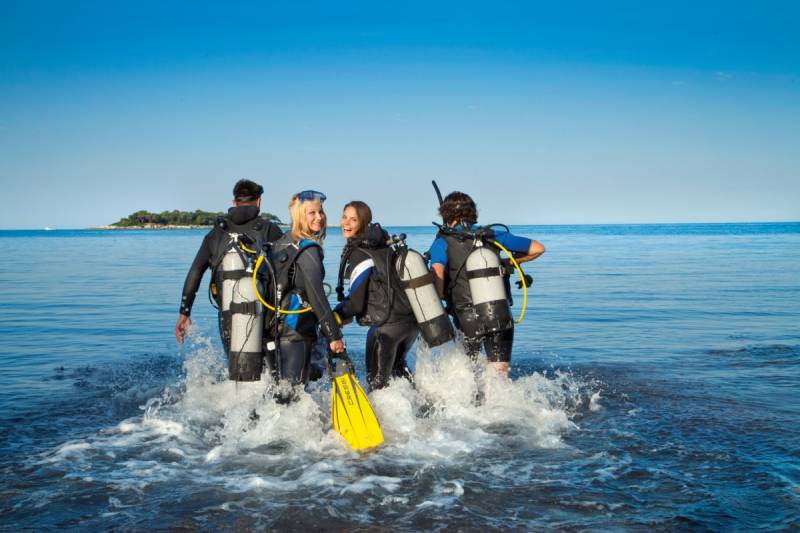 The roof of the engine-room is visible, along with its portholes and some other minor structures. The aft cargo spaces are empty while under the stern we see the ship’s rudder and propeller half buried in sand.

The wreck of this large, mystery ship can be found on the open sea where visibility at seafloor level is poor. Therefore it is essential to take all necessary precautions and be well prepared for diving, while at the same time complying with all safety regulations.

Unauthorised removal of any artefacts from the seabed is prohibited. Trustworthy instructors will take care of all matters and, under their guidance, diving is safe and conducted according to regulations.
Your visit to the Adriatic seafloor will prove to be a lasting memory.