Romuald's Cave is located on the east side of the Lim Channel. It was named after St. Romuald. The legend says that the hermit spent several years in the cave around the year 1000. In his honour, religious procession were held until 1942. They would start with the mass in the Church of St. Martin and finish at the cave entrance. The establishment of the nearby Monastery of St. Michael the Archangel on Lim around 1040 is connected with the work of St. Romuald.

The cave is today protected as the karst phenomenon and the habitat of a large bat, endangered and legally protected species. The cave had been formed 20000 years ago. Some of its deposited sediments have large paleontological and paleoanthropological value. Many animal remains were found, of which the most interesting are those of long extinct species such as the cave bear, lion, leopard or cave hyena. Apart from extinct ice age animals, remains of the early man were also found as well as his artefacts such as awls, scrapers and alike. A child's molar as the oldest trace of the early man was found in Istria.

The cave is 105 meters long. The narrow and tall entrance leads to several bigger and more impressive halls. A winding corridor widens at places and makes seven bigger rooms with exceptional decorations. Its height varies between 5 and 7 meters, while its width is between two and seven. Romuald's Cave is open for guided visits. 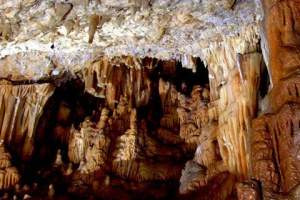 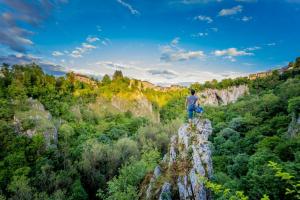 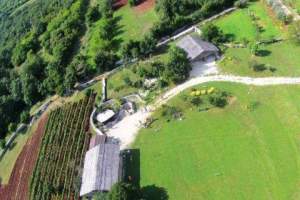