Among numerous walking paths on the Labin and Rabac area, the Sentona's trail is one of the most beautiful. It stretches from the foot of the old town along the main road to Rabac and the Maslinica Cove in the Rabac Bay. The 2.5 km long path has a mild ascend or descend, as it can be taken in both directions. The chosen direction dictates the duration of a walk. On average, it takes from one to two hours. The Sentona's trail is suitable for all ages and persons of normal physical condition. However, as some of its parts are rather steep, comfortable sport shoes are recommended.

The trail has numerous brooks and rapids, crossed by seven bridges creating an elvish experience. The biggest attraction are several meter high waterfalls which flow over the winding limestone barriers. Near the biggest one, there used to be an old mill, which remains are still visible. There it joins the magnificent turquoise lake. The mystery of the Negri Cave, which interior hides the clear water spring, also attracts attention. The legend says that a skeleton of a giant three times the size of a normal man was found in the cave. Despite the attempts to find it, the Giant of Labin has remained just a legend.

How to get there:
The trail starts at the exit from the old town of Labin on the main road to Rabac, next to the office of the Tourist Board of the Town of Labin. Climbing fans may take the trail in the opposite direction to Scaron; it takes 1.5 to 2 hours if the cave tour 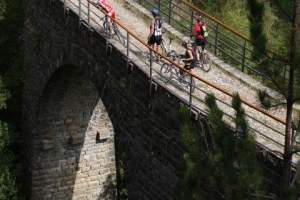 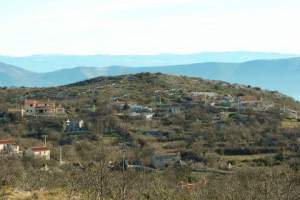 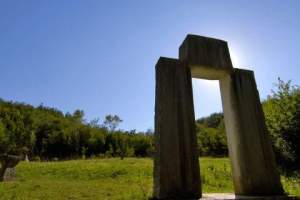 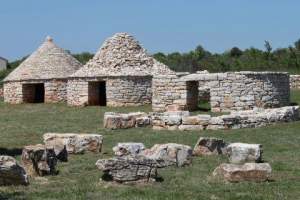 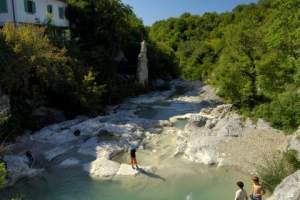