The Lim Bay, known as the channel or the fjord, is located on the west coast of Istria, near Vrsar. It is a sunken karst valley, almost 13 km long. It is gradually getting more narrow from the entrance on. The Lim Channel extends deeper into the interior of the Istrian peninsula creating the Lim Cove, extending almost to Pazin. The total length of the Lim Bay and its land extension, the cove, is 35 km. Since 1964, it has been a legally protected geomorphologic and hydrogeological site as important landscape. In 1980, it was declared a special marine reserve.

A particular feature of the Lim Bay is its brackish water resulting from the subterranean sweet water in the form of submarine karst spring emerging at the bay's end, making its salinity much lower. A high concentration of oxygen creates specific features and enables a high bio production of planktons, fish and shellfish for breeding, especially mussels and oysters. The bay coast is rather steep and high. The northern side is covered by evergreen vegetation, and the southern by deciduous trees. Northern coast verticals show four dark openings of larger semi-caves and caves, of which the most important is the Romuald's Cave. 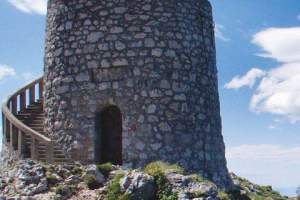 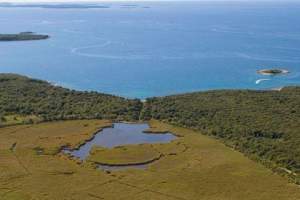 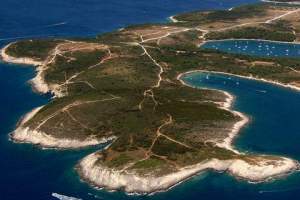