Istria is full of castles that have an impressive and dark past. Look for their ruins and find out their secrets!

In the Middle Ages, Istria was not a gentle tourist region as visitors today know and love it. Rich feudal lords ruled over poor peasants from their fortified cities - castles.

Nevertheless, the feudal lords did not lead an easy life either, because there is no castle in Istria that was not attacked at least once. Many castles have been conquered, burnt, demolished, rebuilt, and again devastated. Istrian feudal lords are a variegated sort - ranging from frauds, thieves and ex-convicts to intellectuals, warlords and noblemen. One of the owners even became the Doge of Venice. 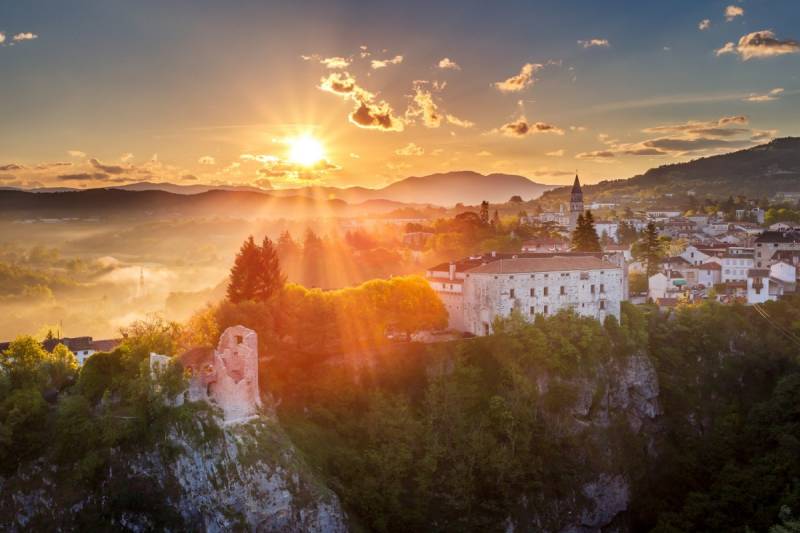 The castles have many architectural similarities - they are all made of stone and consist of the main tower, ramparts, residential buildings, lord's quarters and an open courtyard.

Their size depended on the financial power of the lords. They are located on strategically important locations, often on inaccessible terrain, near streams, rivers or water springs.

The decline of the significance of castles began in the 16th century, when the advent of firearms made the narrow and high square tower an easy target for cannon fire. The castles were mostly abandoned in this period, and the population raised settlements in their vicinity that later became the well-known Istrian towns.

As you walk along the abandoned walls of Istrian castles, go back a few hundred years in the past. Witness the battles, listen to the thunder of the horse gallop, admire the flaunting feudal lords in their finery and empathize with the exhausted serf who works from dawn to dusk.

Head to inland Istria and discover some of the most impressive castles! 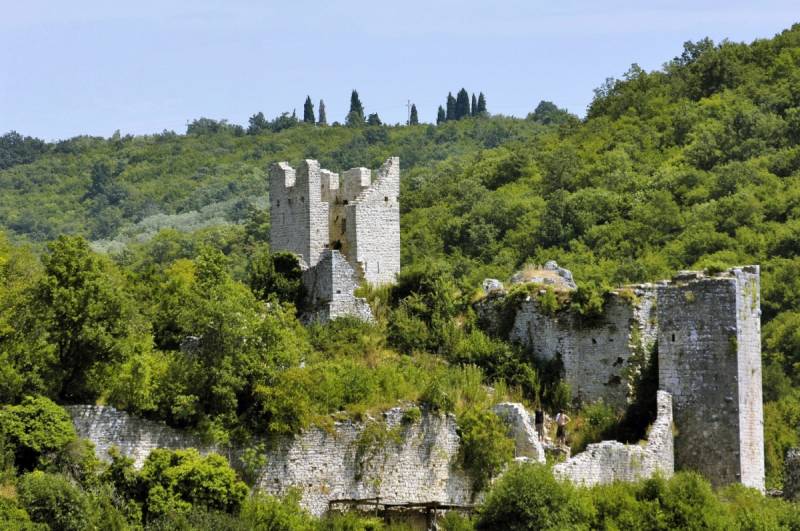 1. Dvigrad
Visit the eerily empty ruins of Dvigrad near Kanfanar and the Lim Channel, which bear witness to the once luxurious medieval castle. This area has been populated since prehistoric times, and in the past there were two fortified towns here - Moncastello and Castel Parentino. The name Dvigrad comes from "dva grada" , but the other town has not existed even in ruins for a long time. Castel Parentino was abandoned in the 10th century, and the ruins you will explore are the remains of Moncastello.

Dvigrad has been demolished many times, and many soldiers died defending it. After the wars, the epidemics of plague and malaria followed, so most of the population left the city and moved to Kanfanar. Only the poorest families remained in the forlorn Dvigrad.

The legend says that the notorious pirate Captain Morgan buried his vast treasure in Dvigrad. Learn more about this and other dark Istrian legends in our article! 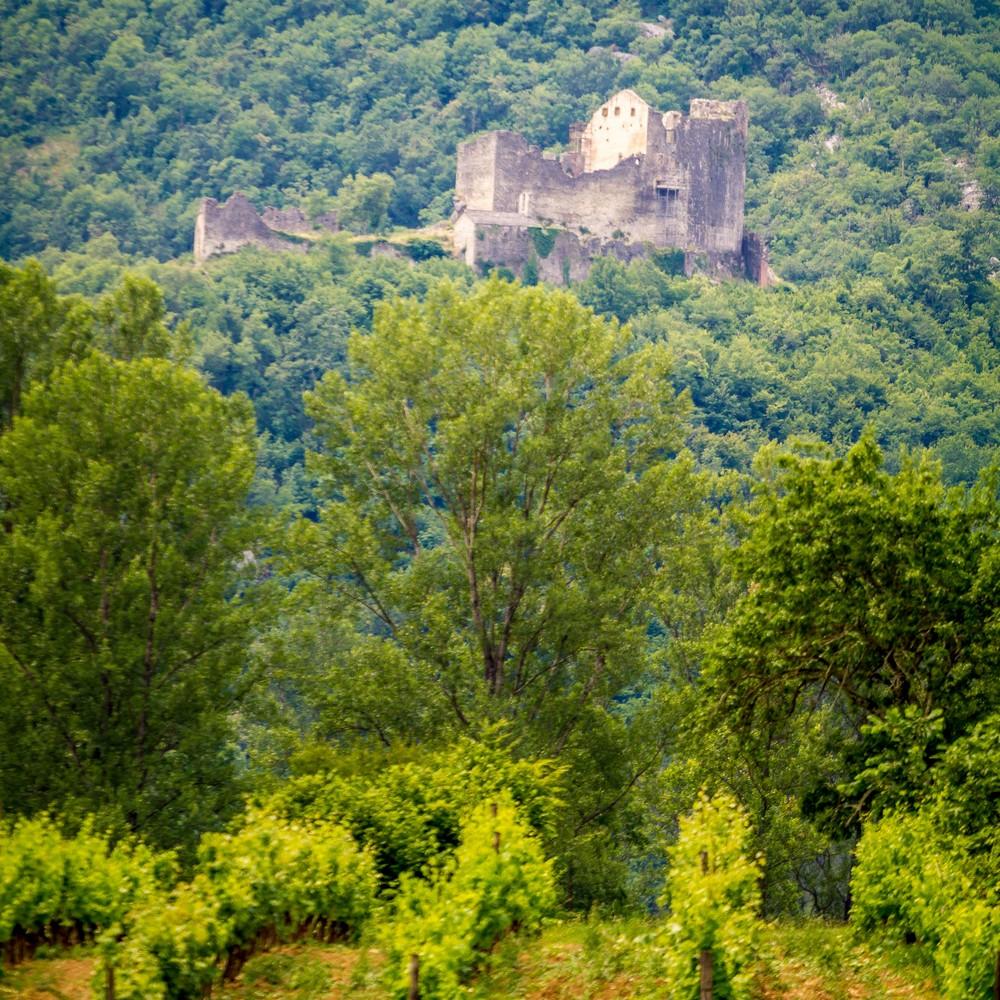 Climb up to the castle, and enjoy the view from the elevation that was extremely important for monitoring river and land traffic in the Middle Ages.
The stone plate with a hole in the middle – the latrine, a predecessor of today's toilet, has been preserved on the west wall, positioned above the cliff. At the time the latrine was a symbol of an enviable level of comfort and hygiene.

The rich history of the castle was tarnished by numerous betrayals and plots, and one of the owners lost the property to gambling debts. As the nobles plotted and reveled in luxury, at the foot of the castle the peasants lived their hardworking and toilsome lives.

The first fortress was built in the 13th century, and the castle was built by a rich Venetian noble family Morosini. It often fell victim to attacks and fires, so it is no wonder that its interior was designed to provide accommodation for as many as two hundred musketeers and lancers.

Near the castle there is also The House of the Witch Mara, a place where the legend is reconstructed with the help of state-of-the-art technology.

4. The Castle of Pazin
Explore the Castle of Pazin, the largest and best preserved medieval fort in Istria. It is first mentioned in the 10th century, and it was ruled by many owners, from the Habsburgs to Italian nobility.

At the foot of the castle walls, accessed by a drawbridge, there is the Pazin Abyss, a mysterious pit that has always inspired human imagination. The Castle and the Pazin Abyss are the scene of the novel Mathias Sandorf, by Jules Verne, the father of science fiction.
Today, the Castle of Pazin is the location of the Ethnographic Museum of Istria where it is possible to see the material related to the life of the inhabitants of the Istrian peninsula.

5. The Momjan Castle
The Momjan Castle, nowadays devastated and overgrown with ivy, can hardly conjure up the power and richness of life that once marked it. Climb up to the 280-meter-high hill on which the castle is located and enjoy the view of the Dragonja river valley.

The Momjan Castle is also known as the Rota Castle after a rich Italian family who owned it for a long time. The family abandoned it in the 19th century, and its stone walls slowly began to fall into decay.