Did you know that Istria is the only region in the Mediterranean where the remains of dinosaur bones were found? Travel back into the distant past while having a great time with your kids in a unique theme park inspired by Istrian dinosaurs. 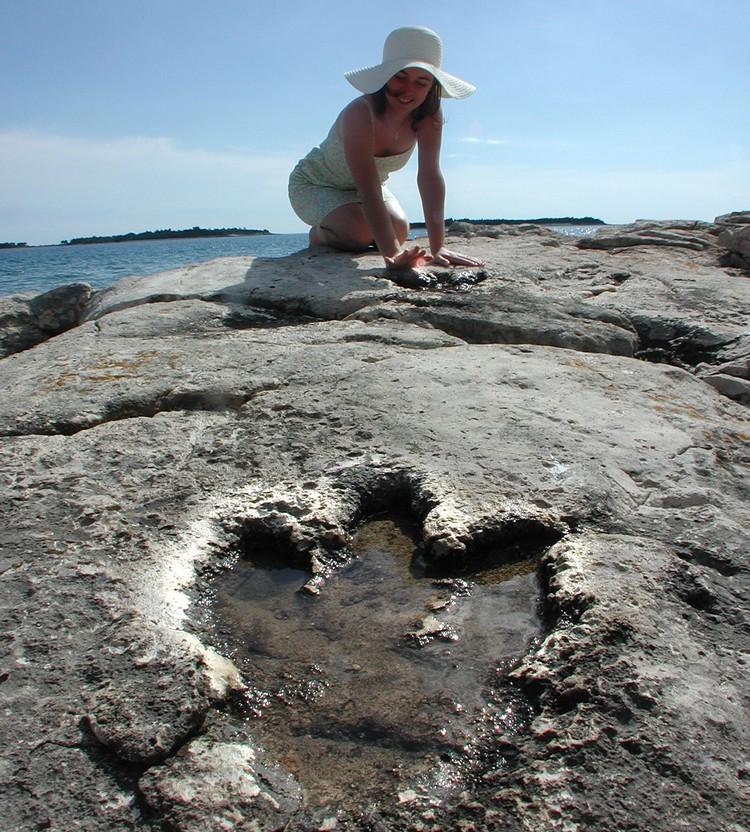 Imagine that a time machine can take you hundreds of millions of years back into the past, to a time when continents were formed, and Istria was not yet a hospitable Mediterranean paradise enjoyed by tourists. Shrubs of fern thrive everywhere, hanging over your head, and giant plane and magnolia trees reach for the sky.

The earth trembles. Stepping towards you is one of the largest land animals that has ever lived on Earth. Its body is 25 meters long, and its neck overtops the trees. You breathe a sigh of relief when you realize that it is eating the top of the nearby tree and has no intention of eating you. It is the brachiosaurus, a giant herbivore feasting on the rich Istrian flora in the distant past.

Dinosaur Discovery in Istria
The existence of the brachiosaurus and around ten other dinosaur species on the Istrian territory was discovered in 1934 by Adolf Bachofen-Echt, an Austrian beer factory owner and a passionate paleontologist. At Cape Ploče, on the island of Veli Brijun, he found fossilized dinosaur footprints. The largest site of giant footprints was later uncovered on Fenoliga, the island of dinosaurs near Cape Kamenjak. The greatest discovery was made in 1992, when Dario Boscarolli, a diver from Monfalcone, Italy, accidentally found bones on the sea bottom near Bale. Today part of the bone remains can be seen in Bale.

The best way for children to learn about the brachiosaurus and other dinosaurs is to visit the Funtana Dinopark, the first theme amusement park in Croatia. It is located in the heart of Istria, not far from Poreč and only 25 minutes’ drive from the Slovenian border. A part of the park was built on an old quarry, with movable dinosaurs in their natural size residing in the wild. In Dinopark, you can take your children on a dinosaur ride, take a ride on the adrenalin carousel, and then take a break enjoying a thrilling acrobatic show. 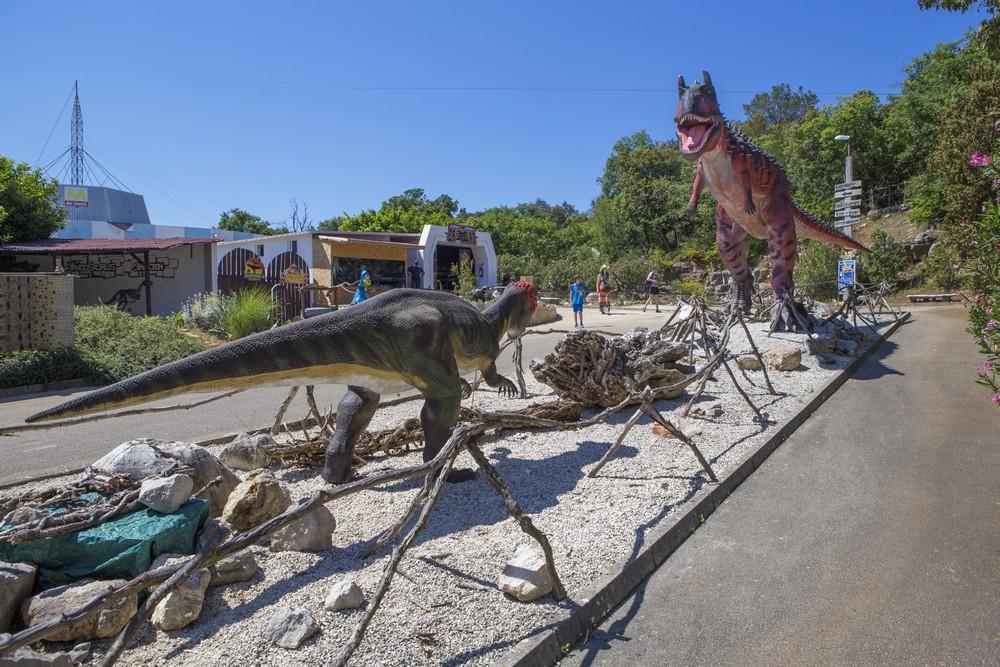 Take a walk on a wooden path surrounded by lush nature or awaken your children’s interest in science at fossil excavation workshops. Take your family on a walk in the footsteps of dinosaurs and learn together, through play, something new about our planet.

Are you ready to walk in the dinosaur footsteps?
Genuine dinosaur footprints can be seen at Cape Kamenjak, Fenoliga, the island of dinosaurs and on Veli Brijun.