Home / Experience / Sun and sea / Savudrija: Sail Into The Sea Of Secrets
Share with

Discover the mystery of a major naval battle, ill-fated love and a mysterious lighthouse on the westernmost point of Istria.

Savudrija is the westernmost point of Croatia and the first destination when you enter Istria from the west.

Visit Savudrija with its beautiful beaches and a great tourist offer in the surrounding area, but do not forget to unravel the dark tales concerning the origin of the name Savudrija and the oldest active lighthouse on the Adriatic sea. 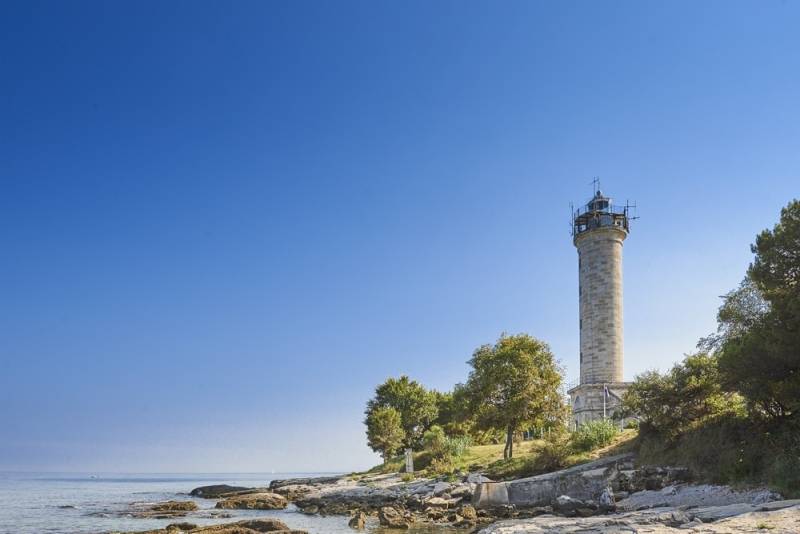 How was Savudrija named?
The waters around Savudrija were not always as tranquil as today. In the 12th century, a bloody battle took place there, in which more than hundred galleys were involved. The Doge of Venice with around thirty galleys ambushed the fleet of the Emperor Frederick Barbarossa, which was twice as large.

Although the Emperor's fleet was superior in numbers, it could not repel the attack of skillful Venetians. When the Emperor's son Otto realized that his fleet is doomed, he decided to flee to the coast on his ship. He found his hiding place in today's Savudrija, in an old Roman water tank.

That's how the Italian name of Savudrija came to be -  Salvore, which means "a saved king". If the young Emperor's son did not flee from battle, this picturesque part of Istria would surely have an entirely different name.

The son of a legendary Italian painter Tintoretto depicted the battle at Savudrija on an impressive painting teeming with soldiers and violence.

The lighthouse of ill-fated love
In Savudrija you can find the oldest active lighthouse on the Adriatic Sea, built at the beginning of the 19th century. It is as many as 36 meters high, and the first lighthouse in the world that used coal gas for lights. The bituminous coal for this purpose was dug from a coal mine near Labin.

Take a swim at the stony beach only 30 meters from the lighthouse! Favorable winds and mild sea currents are perfect for marine sports such as windsurfing, and the clean sea and see-through rocky sea bottom offer beautiful underwater scenery for diving enthusiasts. 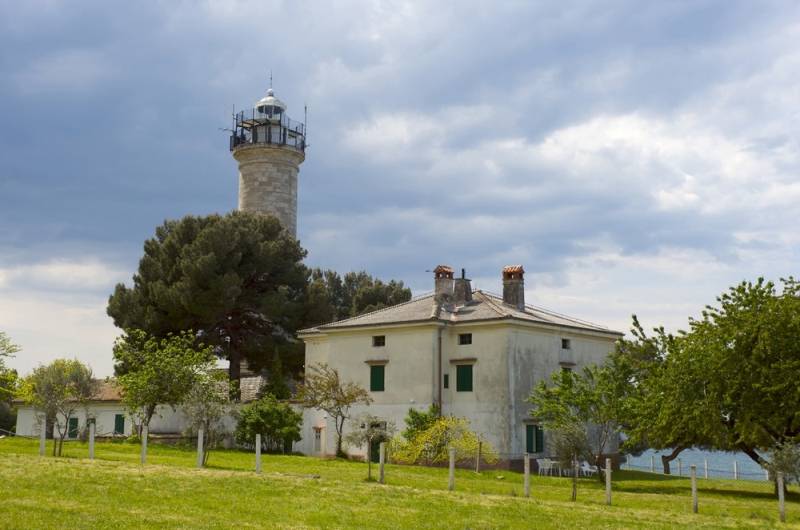 The story of every lighthouse is a story of loneliness, and the story of the Savudrija lighthouse is particularly harrowing. The lighthouse was built by the Austrian Count Meternich, for a beatiful Croatian noblewoman he feel in love with at a ball in Vienna.

Unfortunately, the building where they planned to live together never welcomed its owners. The Croatian noblewoman died during the last days of construction, and the Austrian count never again visited the lighthouse.

Visit Savudrija!
Do not follow in the steps of the unfortunate count – visit Savudrija first chance you get! Here, the Mediterranean air combines with the alpine air, and it is never hot and humid. Savudrija is located near Pineta Camping Village, not far from Savudrija Apartments, 9 kilometers from the center of Umag and a few minutes from the Slovenian and Italian border