Home / LEGENDS TEAM CUP / In focus: Latest news / The Legends Team Cup for the first time in the world, debuting in Croatia - Istria - Pula
Share with

Everything is set for this exciting Legends Team Cup - ATP Champions Tour which is taking place for the first time in the world starting in Croatia, in Istria, in the town of Pula - as was announced at today's media conference held at the Grand Hotel Brioni in Pula.

This new sporting adventure begins on Monday, August 1, whilst a great tennis spectacular, which will take place in a unique location, at the magnificent Pula Arena, will last until Wednesday, August 3.

"This is the first event in an annual series of events with some of the biggest tennis stars participating. The Legends Team Cup - ATP Champions Tour is a great opportunity for players who are eager to compete and are still at the very top of their game, and we are extremely proud that the debut of this new competition series is taking place in cooperation with the Istria Tourist Board and its partners in the fantastic amphitheatre in Pula, Istria," said Mårten Hedlund, president and CEO of the Top 12 group and founder of the Legends Team Cup - ATP Champions Tour tournament.

"When we connect all the elements of the tournament with nautical tourism, super yachts and prestigious marinas, we obtain an exceptional combination of a top VIP event and quality sport (tennis) that all the most famous tourist destinations in the world are happy to host in their cities, hotels or marinas, among which are, of course, Istria and Croatia and, as the crown of this series, Dubai, where the "Grand Finale" of the tournament will be held. I would like to take this opportunity to thank Mr. Denis Ivošević, director of the Istria Tourist Board and the City of Pula for their great support, excellent cooperation and warm hospitality", said Željko Franulović, legendary Croatian tennis player and director of the prestigious Monte Carlo Masters, now in the role of director of the Legends Team Cup.

During the three-day tournament, 3 matches per day will be played - 2 singles and one doubles match. The team captains will announce competitions and players' lineups on a daily basis during the morning press conferences that will be held at the Grand Hotel Brioni in Pula. 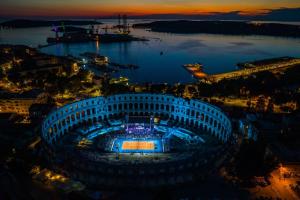 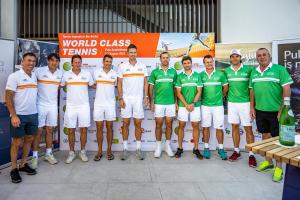 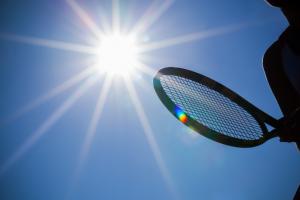