Marina Valalta is a real heaven for boaters and naturism enthusiasts. It is located on the west coast of Istria, in the Valalata naturist campsite, at the entrance to a deep bay, the Lim Chanel that looks like a fjord, which was declared a special sea reserve due to its natural and breath-taking landscape.

On the other side of the marina, on the south side, after leaving the bay is Rovinj, one of the most photogenic pearls of the Adriatic which awaits you with its colourful old town and narrow alleys.

Marina Valalta has berths both in the sea and on land, and is ideal for the smaller sports boats, but also for larger yachts. With the necessary safety of boats and the requisite connections, it offers a repair service as well as the lifting and lowering of vessels.

The biggest advantage of this marina is that it extends over several kilometres along the coast with well-kept beaches and a clear sea. In addition to its restaurants, snack bars and a shop, boaters have various sports courts for recreation at their disposal at the resort as well.

The Valalta tourist resort is intended exclusively for naturists. 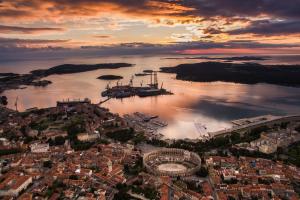 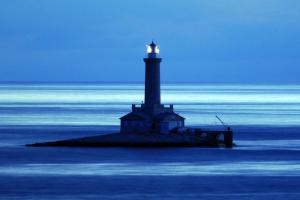 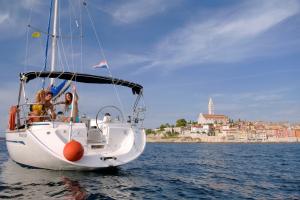 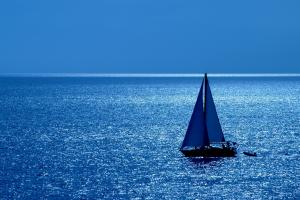 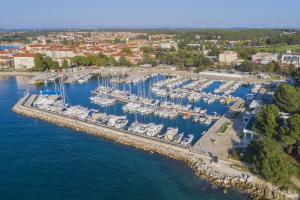