“A house with a hidden past”
The main square in the centre of Vižinada hosts the Maraston House. This magnificent building, built between the 16th and 17th centuries, still holds the title of the tallest building in this area with four floors being as much as 14 metres high. It was created during the reign of Venice, although during the Austro-Hungarian era it was used for public purposes, so the ground floor housed the post office, and the first floor an inn. Between the two world wars, the popular Dopolavoro was run by the Maraston family, hence its current name.

Apart from its original height, the Maraston House has preserved two entrance doors and the corresponding storefront windows on the ground floor, as well as a stone balcony on the first floor that runs along the entire length of the facade. Its massive stone consoles and parapets are fashioned in local stone, and the metal fence was made by local blacksmiths.

Today's Maraston Centre reveals the heritage of this interesting area. It is a unique combination of folk tales, historical facts and contemporary tourist offers in an original and interesting presentation with the use of modern technologies and creative ways of interpretation.

Make a stop on the ground floor, at Tourist Board’s Info-point where, in addition to the souvenir shop, you will find tickets and be able to get any additional information you need.

The first floor is dedicated to the sweetest event in Istria. Slatka Istra (Sweet Istria) is traditionally held on the occasion of the Assumption of the Virgin Mary in August and preserves the tradition of preparing authentic pastries from this area. Once jealously guarded and passed down through the generations, recipes for pandešpanja (sponge cake) and pinca (Easter sweet bread), fritule (little doughnuts), kroštule (angel wings) and zukerančići (traditional pastry) are now displayed here, but they can also be tasted with relish.

On the floor above, is a room with a large mirror and ballet slippers, just as befits a ballerina: Carlotta Grisi, one of the world's most famous ballerinas, was born in Vižinada in 1819. She danced on the stages of Milan, Paris, London and Saint Petersburg and was the first to embody the role of Giselle in the famous ballet - designed just for her!

The Maraston house also hides a real Hollywood corner. The third floor leads you into the world of film, to the set of the American war spectacle Kelly's Heroes (Gold for the Brave). The film starring Clint Eastwood, Telly Savalas and Donald Sutherland was released in 1970, and Vižinada played the French town of Clairemont, which housed a bank with Nazi gold bullion.

A number of other interesting things are hidden in the past, but also in the present of this enchanting place in green Istria, which calmly awaits you. 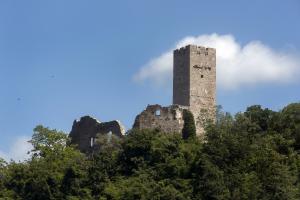 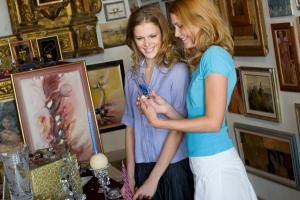 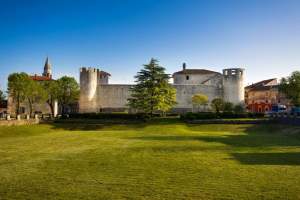 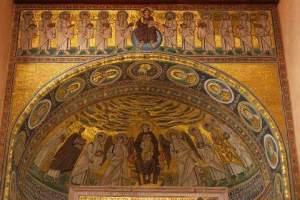 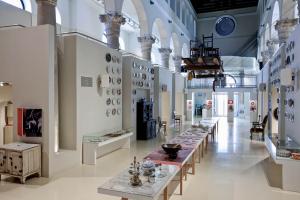