Vižula near Medulin was inhabited from the Neolithic to the Middle Ages. The most significant is the Roman villa, elevated from the sea coast by terraces

Vižula is an archaeological site near Medulin, confirmed to be populated from the Neolithic to the Early Middle Ages. Remains of a Neolithic settlement were found including wicker cottages glued together by soil and mud, as well as parts of the ceramics and some dishes. However, the most significant is the Roman villa, which has undergone systematic research, dating back to the 1st and the 2nd cc. It was found that the villa had been constructed in three phases until the 6th century. The structure was elevated from the sea coast by terraces, while its bottom part lies today sunk under the sea, giving only a glimpse of the pier remains. The villa was a residential country house for both noblemen and the Emperor.

Its preserved architecture shows that the villa was facing the sea, with the floors partially decorated by mosaics, clearly visible shapes of the swimming pool, the water supply, toilet, led and masonry built sewage. The residential part of the villa is located on the western part of the Vižula peninsula. On its south-east is the jetty with storehouses and the premises for servants and slaves. The findings of the floor mosaics are also interesting.They combine blue stone ceramic tiles and cubes forming geometric shapes.

Found infrastructure remains speak of a comfortable life in the villa with floor heating which is used in modern building as well. Vižula has an opportunity to become a true archaeological park following the completion of the research. The two explorations of the nearby necropolis found several hundred graves made by different burial techniques, containing skeletons and urns, jewellery and initialled glass bottles. 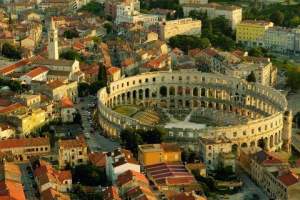 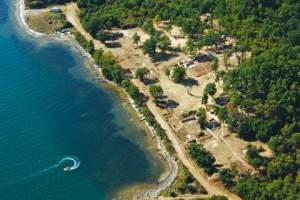 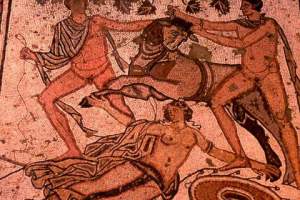 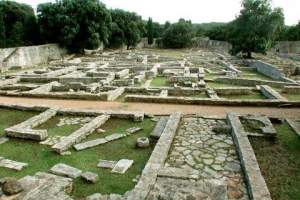