Home / Experience / Gourmet / Truffle, the Master of Flavor
Share with

The fertile land of central Istria hides a mushroom that enchants even the most fastidious gourmands in the world. Come to Istria and taste specialties enriched with the unforgettable truffle flavor!

In the clay soil of central Istria resides the truffle, a well-hidden master of flavors, drawing from the darkness all the threads of Istrian gastronomy. This unsightly tuberous mushroom is equally fascinating to the old cook in a stanzia in inland Istria and a young chef in a luxury hotel on the coast of the peninsula. 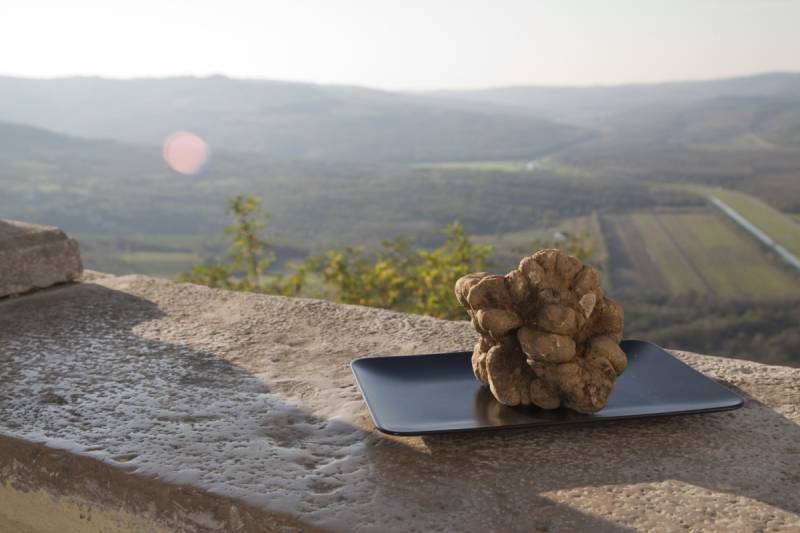 It is regarded as an aphrodisiac, and called Istrian gold and the king of Istrian gastronomy. It was enjoyed by ancient Romans, and today it is more precious than ever. Its intensive aroma enriching fritada or fuži is essential to the traditional Istrian cuisine. In best Istrian restaurants, it is an enduring inspiration for appetizers, salads, main dishes, and even desserts.

Go hunting for truffles
Pulling a truffle out of the ground is not an easy task. You need long-sleeved robust clothing and boots for wading on moist forest land.  Our human nose cannot smell a truffle beneath the layers of clay soil, so you need the help of trained dogs.

The truffle epicenter of Istria is the Motovun Forest, in the valley of the Mirna river. The truffle area extends to the northeast to Buzet and Lupoglav, to the southeast along the Raša river in Labinština and to the south to Pazin.

In addition to hunting for truffles, the valley of the Mirna river also offers numerous other top-quality Istrian experiences.

This truffle has a round yellowish body, covered with dark red spots. The skin is smooth or slightly warty. You can find it near an oak, willow, poplar and linden. Due to its specific flavor and smell, it was proclaimed a culinary king. It is eaten raw.

It is round and sometimes divided into lobes. Its coal-black skin is covered with flattened warts dented at the top and longitudinally grooved. Pick it near an oak, hazel or hop hornbeam. Due to its specific flavor and aromatic scent, it is highly regarded in culinary arts, and the French consider it the highest-quality black truffle.

Tuber aestivum Vittadini – the summer truffle
Picking season: from 1 May to 31 October

It is marked by a black-skinned round body crosswise covered with pyramidal, visible warts. This most frequent truffle in Istria can be found near an oak, hazel, poplar, beech and pine. 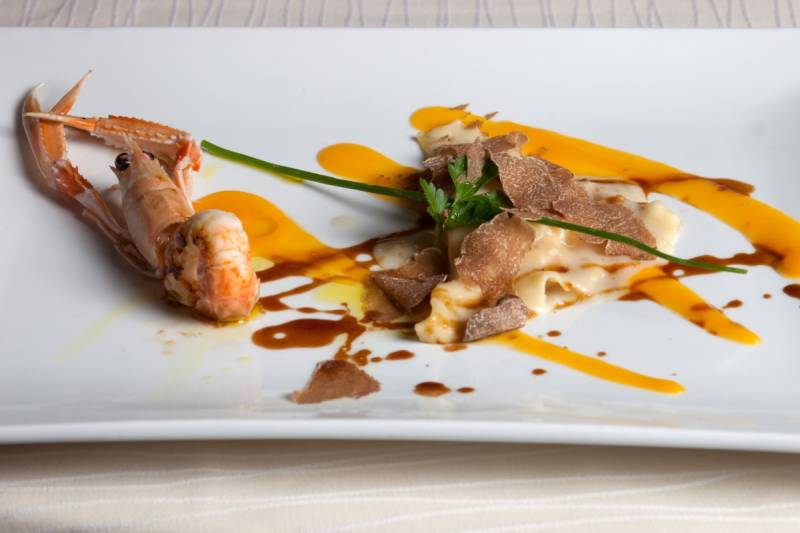 Taste the Original Truffle
If you are a gourmand who is not prone to hunting for truffles, choose one of the top restaurants in which the truffle is the essential ingredient.

Members of the club The Real Truffle – Tartufo vero are only taverns and restaurants that treat the truffle as the king of gastronomy. The top chefs of these restaurants and taverns know all types of Istrian truffles and use them as an inspiration for gastronomic masterpieces that will compel you to return to Istria.

Choose your culinary oasis of the Real Truffle!

The Istrian Truffle – the world record breaker
In addition to their unforgettable flavor, Istrian truffles are among the largest in the world.
In October 1999, Mr. Giancarlo Zigante found the largest recorded truffle, weighing as much as 1.31 kilograms. This giant is included in the Guinness Book of Records.

Truffle Days in Istria
Visit Istria in the autumn and enjoy culinary festivals that celebrate the flavor and smell of truffles.
As early as the beginning of September, visit Buzet and enjoy the folk festival Subotina, with a giant fritada made from more than 2000 eggs and as much as 10 kilograms of truffles.

In November, Buzet also hosts the Truffle Weekend, an exhibition and fair featuring indigenous local products.   From September to November, Livade hosts the Days of Zigante Truffle, and in October, Tuber(food) fest, where the best and largest Istrian truffles are sold at auction.