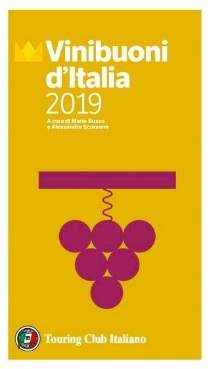 Renowned wines from Istria are included in 16th edition of Vinibuoni d'Italia - the most famous Italian wine guide published by Touring Club Italia. 5 wines from Istria are listed in the highest category among 441 indigenous wines with the highest classification (crown). For the ninth year in a row, the guide publishes the selection of the best wines of Croatian Istria as a unity of the best evaluated wines by the commission which coordinator is Stefano Cosmo and also the best rated wines by the judges of the International Competition "Malvasia World" in Poreč. The prizes are given at the Vinistra Wine Exibition.

Vinibuoni d'Italia is inspired by Italian wine tradition and focused on the valorisation of local roots, area and its specificities. It is a unique guide on the Italian and international scene because it is the only one dedicated to wines produced of indigenous grape varieties which have been known in this area for more than 300 years. Besides of commitment and transparency, it is based on a special selection process. In fact, more than 80 wine tasters cooperate with 21 working committees and each one has the region for which it is responsible of. The most important awards - the Crown and Golden Star are awarded during the finals organized publicly with the media presence which makes it unique.

Indigenous Istrian wines are getting more and more popular and the most renowned wine is Istrian Malvasia, which makes the Istrian region is very proud. It is also a great example for future business endeavours and at the same time a good reason to visit this small Adriatic peninsula shaped as a grape.